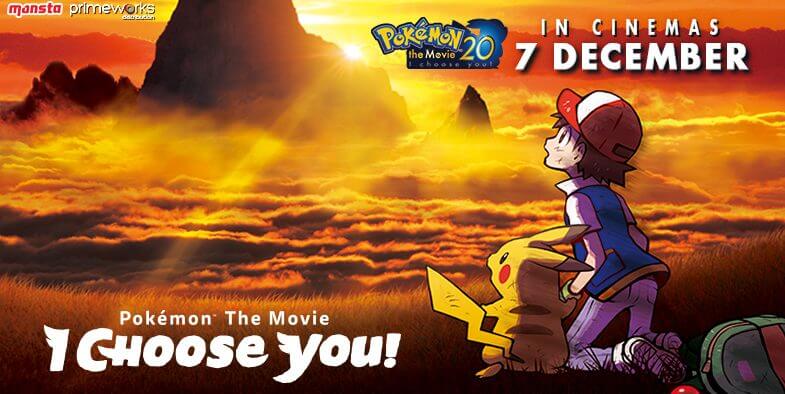 Primeworks Studios and Monsta are bringing Pokémon The Movie: ‘I Choose You!’ to Malaysian cinemas 7 December!

PETALING JAYA, 17 NOVEMBER 2017 – The most anticipated Pokémon movie is finally here in Malaysia! In conjunction with the 20th anniversary of the well-known TV series Pokémon, Primeworks Studios and Animonsta Studios have worked closely to revive the golden years of the Pokémon frenzy by bringing in the movie all the way from Japan onto the big screens in Malaysia.

Long-time Pokémon fans will no doubt be hit by waves of nostalgia as the movie explores Ash and Pikachu’s first meeting and their adventures as they search for the Legendary Pokémon, Ho-Oh. Along the way, the pair encounter familiar faces, new characters including Trainers, Verity and Sorrel, and even a mysterious new mythical Pokémon, Marshadow. Challenges and epic Pokémon battles abound in this unique new story about the beginning of one of the most beloved friendships in popular culture. 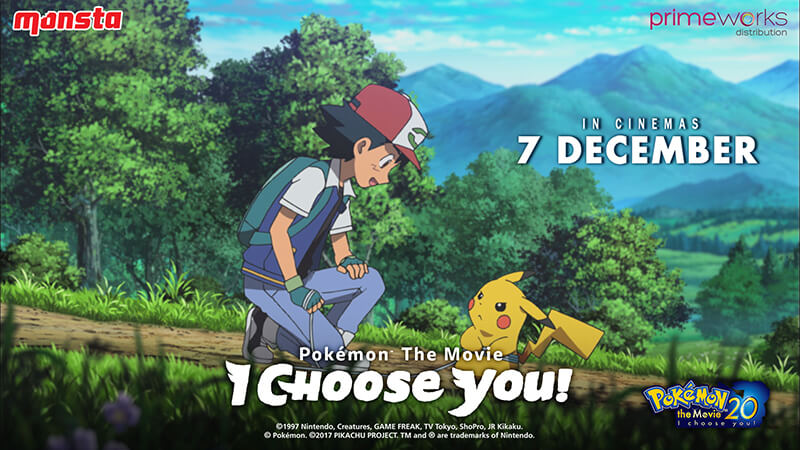 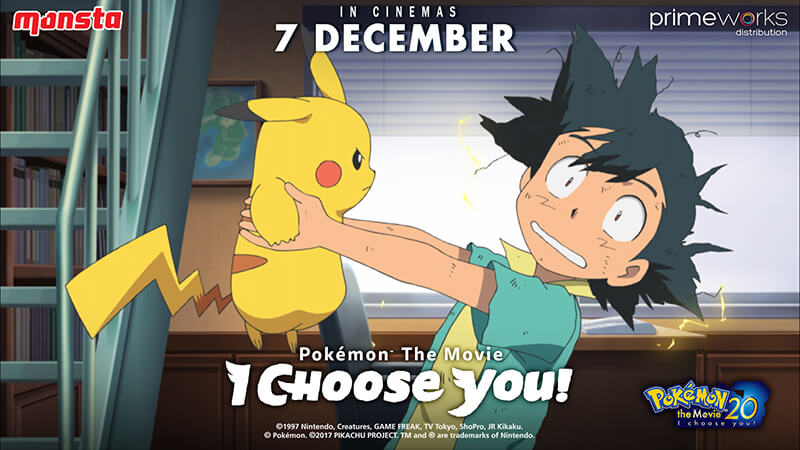 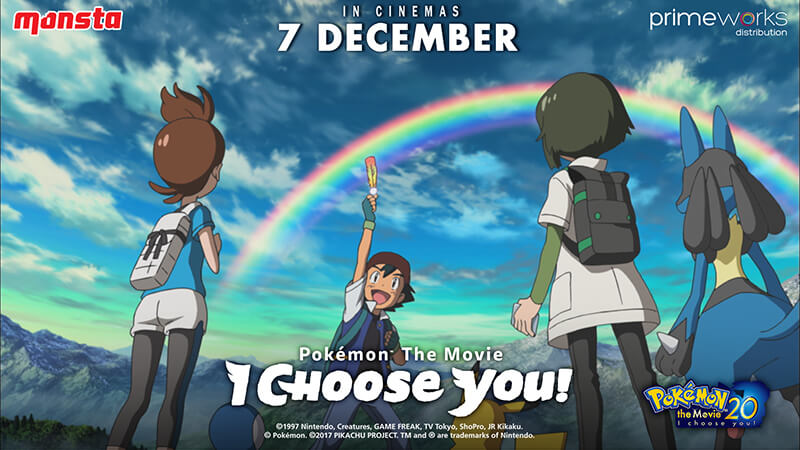 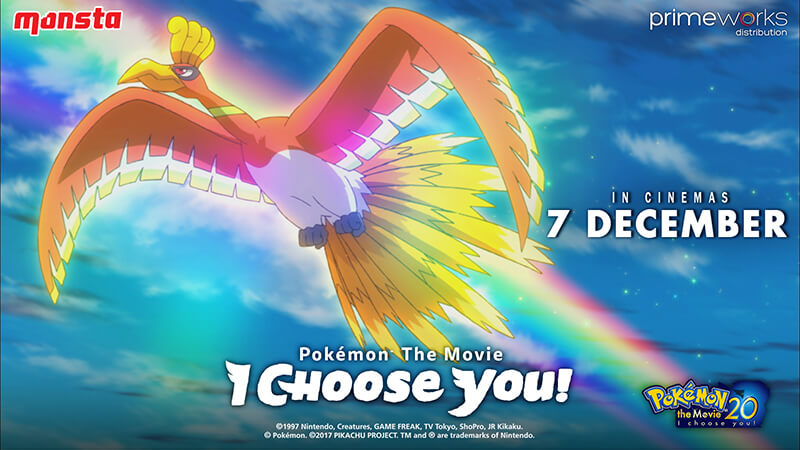 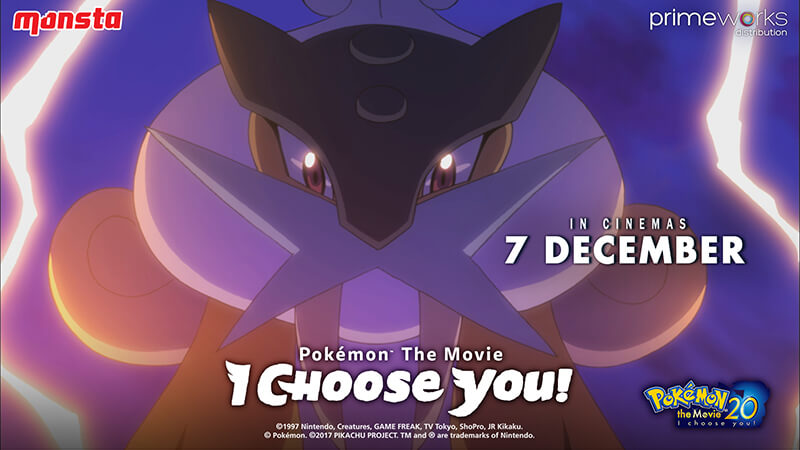 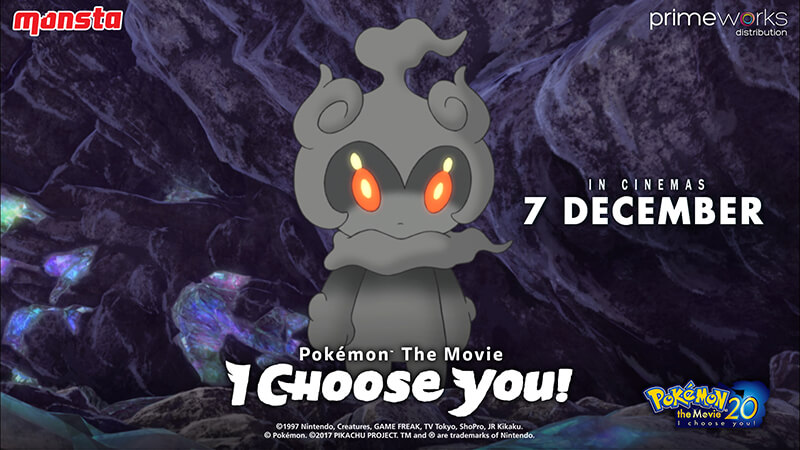 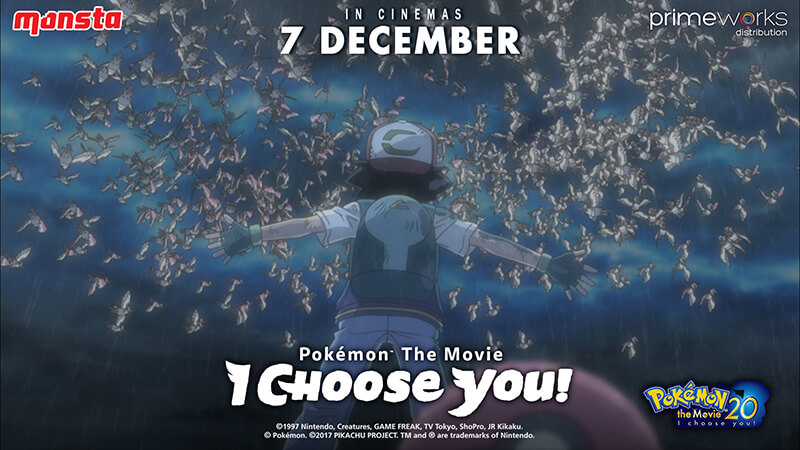 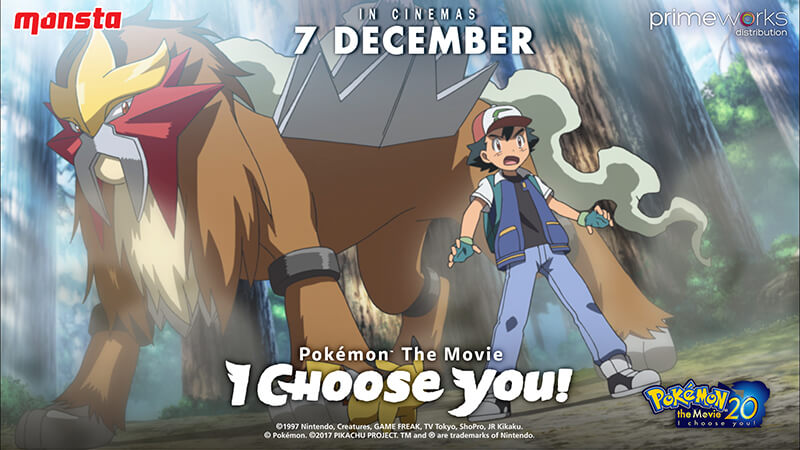 Pokémon The Movie: I Choose You! will be coming soon in Malaysian cinemas on December 7, 2017. The movie has been dubbed into English, enabling it to connect to a broader group of audience. At the same time, the movie’s storyline makes it a great choice for not only kids or die-hard fans but also the entire family, including those who are not already familiar with the franchise. It promises to be a heartwarming and tear-jerking experience.

The cinema listings for the movie (as of 21 November 2017) can be found here: 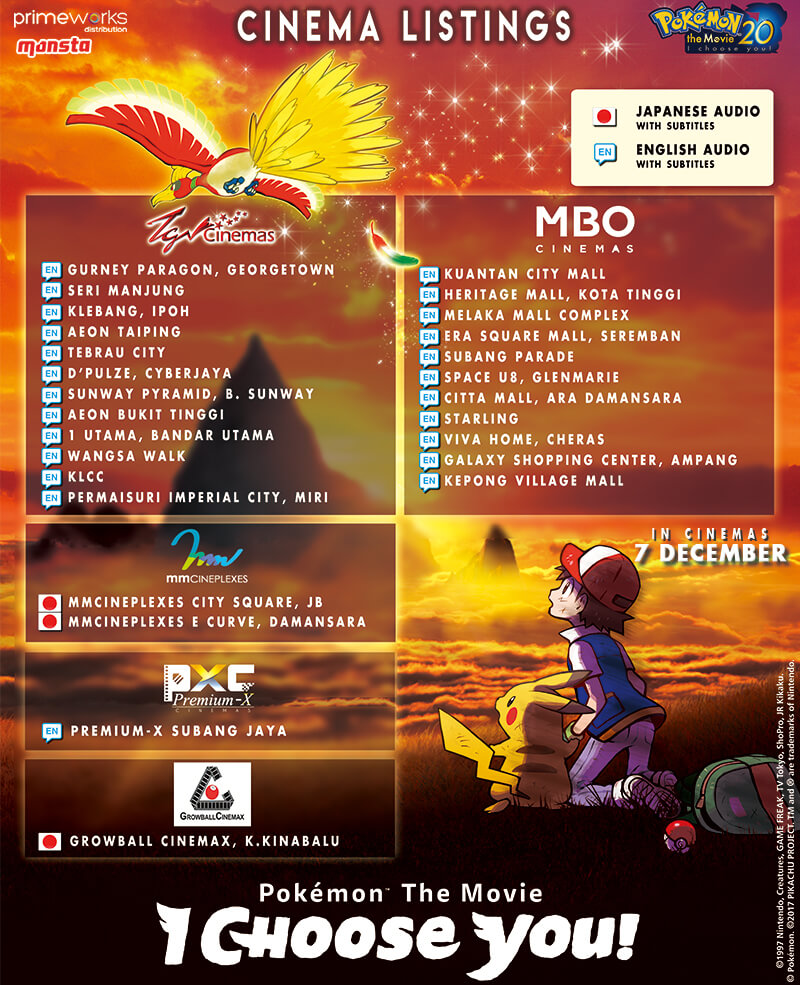 Primeworks Studios Sdn Bhd is the award-winning content creation subsidiary of Media Prima Berhad and one of Asia’s largest production companies. Producing over 5,000 hours of compelling content annually for a range of platforms including television, cinema and digital, the production house is the creative force behind a wide range of genres including entertainment, lifestyle, documentary, sports, and drama. Flagship and popular programmes include Anugerah Juara Lagu, Majalah 3, Nona, Welcome to the Rail World, Best in the World, Hip-Hoppin’ Asia, Jalan Jalan Cari Makan, Mentor, Melodi and Jejak Rasul. Primeworks Studios’ Asian Stories for the World content offering is marketed through its distribution arm, Primeworks Distribution.

Animonsta Studios Sdn Bhd or better known as Monsta is an animation content developer from Malaysia aiming to create fresh and high-quality productions with good values for the global market. It is the very studio behind Malaysia’s number one hit superhero animation series BoBoiBoy. Near the end of 2016, Animonsta Studios unveiled a brand new animated series in the form of BoBoiBoy Galaxy, a rebranding of the original hit series with a revamped and slightly more mature cast of characters, and was met with resounding suceess.

The studio has also produced its own animated 3D feature film entitled BoBoiBoy: The Movie which is currently the highest grossing local animation film in the country and was also shown in nearly 100 cinemas across South Korea in early 2017. Animonsta Studios is also currently the master licensee for Pokémon in Malaysia and handles all licensed rights pertaining to the franchise within Malaysia under its subsidiary company, Monsta Licensing.